You can also follow our efforts and programs on: 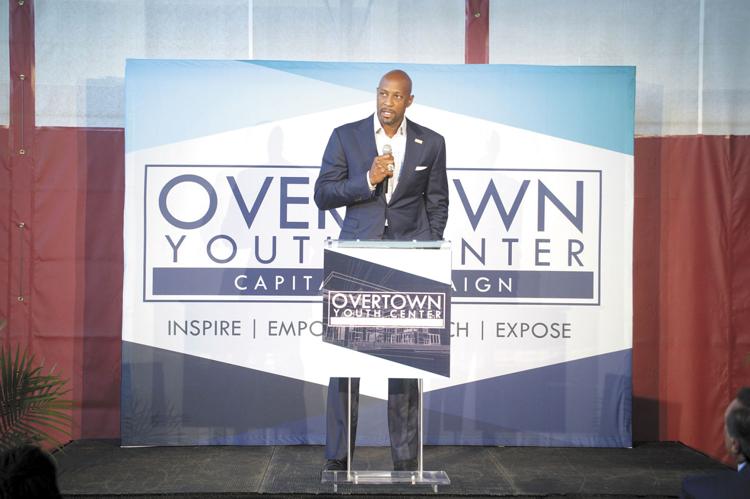 Posted at 10:19h in News by OYCCapAdmin
0 Likes

The Mourning Foundation announced a capital campaign to raise more than $15 million to rebuild the Overtown Youth Center. The project would allow the center to expand services into surrounding neighborhoods. Supporters say the model used by Alonzo Mourning could provide a path for other community development organizations to follow.

“Our world is changing and so are our communities; thereby creating new challenges as well as greater responsibilities, so my work is far from over,” said Mourning, an NBA legend and philanthropist, on his decision to rebuild the Overtown Youth Center (OYC).

Mourning may be redefining community development with the launch of a capital campaign to raise $15 million to demolish and rebuild the center to serve not just the Overtown community but reaching other economically challenged communities such as Little Havana, Little Haiti, Wynwood, and Allapattah.

So far, the capital campaign has received support from high-profile entrepreneurs. Miami Heat owner Micky Arison and wife Madeleine Arison have contributed $2 million, as has healthcare entrepreneur Miguel B. Fernandez, the capital campaign chairman. The use of private funds for a community facility could reduce the red tape associated with the acquisition of majority governmental funds, and the ability to cross municipal service boundaries.

Mourning reflected on the journey of how the Mourning Foundation / Overtown Youth Center was created. “Playing basketball just a few blocks away from the most impoverished community in all of Miami Dade County, I realized that I could make an impact and so we have to set out on this journey to do just that,” Mourning said.

The current facility can reasonably accommodate approximately 300 youth; however, through key partnerships with Miami Dade County Public Schools and the City of Miami, the program serves over 1,000 students and families per year. The new facility will have a state-of-the-art four story facility to include renovations of its fine arts building and gymnasium. This reconstruction will allow OYC to serve as a community-based economic empowerment center providing a holistic approach to eliminating barriers to success for children, families, and the community at large.

OYC plans to expand programmatic services to over 5,000 youth and families over the next five years throughout economically disadvantaged communities. OYC will expand services in the area of employment services, vocational training opportunities, alternative educational solutions, collaborative programming, and innovative family service solutions.

Mourning said he is committed to alter the trajectory of the inner-city youth and pleads for the support of others. To give to the Mourning Family Foundation’s Capital Campaign you can log onto www.mourningfamilyfoundation.org or by phone text EDUCATION to 27722.